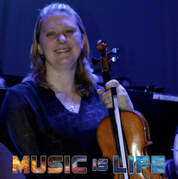 Kristen Hughes, Taft MS
Kristen Hughes has been playing violin since the age of 3 with the Betty Haag Suzuki Academy. Through playing the violin & viola, she has had many opportunities to travel around the United States and Canada, Japan, German and Austria with various ensembles and famous musicians. She is a graduate of Northern Illinois University and received her Masters from VanderCook College of Music. Mrs. Hughes is an amazing orchestra director with a wealth of experience, lovely to work with and learn from. Before teaching at Taft Middle School, she taught orchestras and bands in Des Plaines District 63, Northbrook District 28, Catholic schools in the Chicagoland area, Hammond School City, and Merrillville Schools. She is also an active freelance musician in the Chicagoland area performing at weddings, events, musicals, etc.  She enjoys her Croatian heritage, cooking, traveling, spending time with her family as well as playing with her 2 dogs and 2 cats.  She makes the absolute best cookies at Christmas time!!! ​ 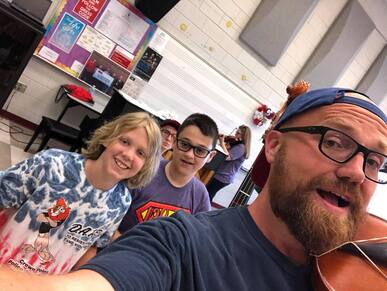 Aaron Zemelko, Col. Wheeler MS
​Mr. Zemelko graduated from Indiana State University in 2001 with a BA in Music Performance. Afterwards, he traveled the world performing on cruise ships in French Polynesia and the Eastern/Western Caribbean. Mr. Zemelko then moved to New York City, married in Brooklyn, performed in off-Broadway productions of new musicals, played in famous clubs like The Elbow Room, Arlene's Grocery, and CBGB's with various bands and got to perform Jesus Christ Super Star for James Lipton at the Actor's Studio Theater Workshop. While in NYC, he worked as an Assistant String Editor and Production Assistant at Carl Fischer Music. Upon returning to Northwest Indiana to care for family, Mr. Zemelko completed a Transition to Teaching program at Indiana Wesleyan University in 2008 and has taught in Highland, Munster, and Merrillville School Corps. Mr Zemelko is currently the Orchestra Director at Col. Wheeler Middle School and Assistant CPHS Orchestra Director. He is an active freelance musician in the Chicagoland area, is a Team Instinct Pokemon Go Trainer, owns a cat, loves running, and hanging out with his family.